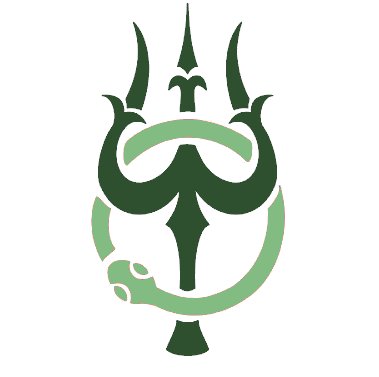 ‘Our Faith, Our Weapon’

The great Lord Mahadeva Shiva is mainly known as the ‘Destroyer’ in the Sanatan Dharma to most people, but less known is that he is also the divine one who facilitates the cycle from destruction to ‘Creation’. This cycle, or any other cycle such as ‘death and rebirth’ (reincarnation), is  controlled by ‘Cause and Effect’ (or Karma).

In the human existence, good intent and good deeds contribute to ‘good Karma’ and future happiness, while bad intent and bad deeds contribute to ‘bad Karma’ and future suffering. We as humans can only influence our own Karma through our own actions and deeds. We cannot determine nor influence the Karma of others. Or at least that is many scholars would have you believe.

One of the core tenets of Dharma is Kshatra Dharma. In the Srimad Bhagavad Gita, Lord Krishna described the ‘Dharma of Kshatriyas; in sloka 18–43 as follows: “Sowryam thaejo dhruthir daakshyam yuddhae chaapya palaayanam , daanam eeswarabhaavascha kshaatram karma swabhaavajam”. (18–43). This translates to “Heroism, power, steadfastness, dexterity, never fleeing from battle, generosity and social administration – these are the natural activities of a Kshatriya”.

Dharmica House enforces the ‘Kshatra Dharma’ tenet and renders it with the authority of The Laws of Dharma. This is a deep, complex area of Dharmashastras (Dharmic laws and principles) which cannot be easily simplified on a website. Dharmica House has therefore simplified it with the notion of ‘using faith as a weapon’, i.e. when one’s belief of Dharma can become his/her main weapon for the destruction and defeat of unrighteousness .

This is referred to as ‘Vishvaas Hathiyaar’ (Our Faith, Our Weapon).

Purpose of this Page

The Importance of the ‘Absolute Truth’

We exist in a world where humankind must live with injustice, lies, deceit, violence of both the tongue and physical nature more than ever before. This is the age when the intolerant are tolerated, and people live without an inner conscience which can understand nor stand for righteousness, therefore the ‘Truth’. In this age of Kali Yug, humankind persists in wrongdoings, without seeking for true enlightenment and knowledge. Supreme Bliss is no longer the common aspiration, but instead humankind yearns for fame, material, power and dominance.

Furthermore, ‘Dharma’ in this age no longer resembles its true meaning or purpose, and is instead used to establish differences amongst humankind. A new word called ‘religion’ has been introduced where human laws have taken centre stage to ‘narratives’ which serve political structures, governments and world orders.

Dharmica House, as an institutional, living projection of Dharmic principles, enforces the Laws of Dharma through practice (action), and its observance (knowledge). These Laws sit at the peak above all Sanantan texts and Vedic scriptures. The Laws of Dharma are beyond divinity yet intrinsic to the existence of every thing and every being. It is the unquestionable, the omniscience and the ‘Absolute Truth’.

Jab Manav Sankalpo ke, Saath rahe Ishwar,
(When Mankind’s vows are sustained by the Supreme Lord)
To Jhukte Taare, Darthi, Ambar.
(Then bow down before him do the Stars, the Earth, and the Skies)

In your lifetime, there may come a time when you are obliged to turn your faith into a weapon

Life is like a flowing river. Its course is unpredictable and unknown. Nobody is ever sure of the journey it holds. The only certainty is that it has a start and an end.

Humankind has no other obligation in life but to seek and follow Dharma (a path of truth and righteousness). It is the ONLY course to navigate the river’s journey.

If one is to experience bliss or endure hardship in their lives, it can only be determined by their Karma (cause and effect). Whether people give you pain, are dishonest with you, mislead you, tarnish you, cheat, betray, or even harm you – Ishwar (divinity) is certain to determine their Karma – be it to serve upon them Dhand (punishment). It is not up to humankind to decide what that should be, nor who should be punished, by whom, how much and why. Humankind cannot become Ishwar and control the Karma of others.

However, a time may come when humankind must fulfil their obligations and become the weapon of Ishwar, i.e. Dhand. One should have no conscious conditioning or ‘self’ reasoning to do this. During these times, humankind must be prepared to turn their Shraddha (faith) into a Hathiyar (weapon) without a drop of hesitation, and discharge the service for the realisation or preservation of Dharma at the complete will of Ishwar. Equally, one must not waiver a slight bit for the consequences or after-effects after issuing the Dhand. Ishwar does not hesitate, therefore, neither should humankind when the time comes to process the wrongdoer’s Karma.

It should be noted that Ishwar does not bestow this duty upon the most knowledgeable, spiritual, religious or liberated human beings alone. As long as one has faith and follows a true and righteous path (of Dharma), then Ishwar cannot discriminate. Every righteous soul will know when it is their time to perform their duty.

Throughout the epochs of time – it was, it is, and always will be our eternal duty to seek, realise and preserve Dharma (truth and righteousness) – be it at the behest of Niyati, or the entire world and cosmos. It is the ONLY real reason of our existence

“The more one leads a righteous life of Shraddha and Saburi, the more one becomes the enemy of the one who does not”
Shri Sai Baba of Shirdi

Yes, this may appear as stuff of mere fiction and imagination to you, until such time the tip of my trishul finds itself pressed against your throat.
(metaphor) 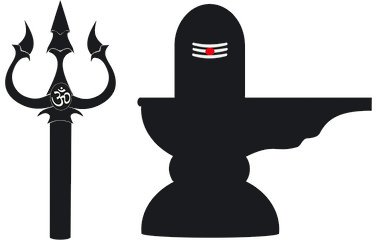